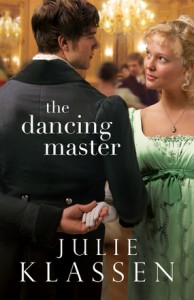 I love Regency era books, Jane Austen being a major weakness of mine. So when the opportunity arose to review Julie Klassen’s The Dancing Master, I jumped on it.

Lately from London, dancing master Alec Valcourt hopes to help his family begin a new life in the small town of Beaworthy by opening a new dancing and fencing academy. Then Alec receives surprising, and devastating, news: there is no dancing in Beaworthy. As he sets out to change the opinions of the townspeople, Alec’s unlikely ally is the daughter of the town’s matriarch, the very woman who banned dancing some twenty years prior. Meanwhile, as young Julia struggles against her mother’s firm control, she sets out in search of who she really is and just what her future might hold.

The Dancing Master is rather long (419 pages), which could either be taken as a positive (lots of story for a $15 book!) or a negative (it takes a long time to get through). I found the plot to be rather drawn out and lagging at times. The characters were likeable but somewhat one-dimensional. The hero, Alec, is rather too good to be true and experiences little growth because he has few flaws. The heroine, however, is full of flaws and young Julie grows immensely throughout the course of the novel. The romantic relationship between them, however, is hard to swallow. Julie is simply too immature and impetuous to warrant a second glance from a mature, wise and hardworking young man. The barrier of their respective classes, while noted in the beginning, in the end seems to vanish without much explanation.

Perhaps most disappointingly, faith, instead of being woven into the fabric of the story and characters, seems to be tacked on in certain scenes as though only important at specific moments. And the exploration of the Bryanite culture is cut short and lacking any real depth. I was sorry to see this as I was interested in learning more about this subculture of Christianity that I knew/know little about.

My favorite part of Klassen’s novel were the rather minor quotes at the start of each chapter often detailing some bit about dancing or culture of the Regency era. Some were by fiction authors of the time, others came from non-fiction, still others were simple advertisements. They gave the book a dose of reality amid the story. And, as I knew little about dancing during the time (other than that it occurred), I enjoyed learning just what the position of a dancing master was, the relationship with fencing, proper dancing etiquette, etc.

Overall, although lacking depth and being somewhat unrealistic, The Dancing Master is also a charming read.

Read an excerpt for yourself!

I received a complimentary copy of The Dancing Master from Bethany House Publishers, but I was not otherwise compensated for this review. All writing, thoughts, and opinions are solely mine. 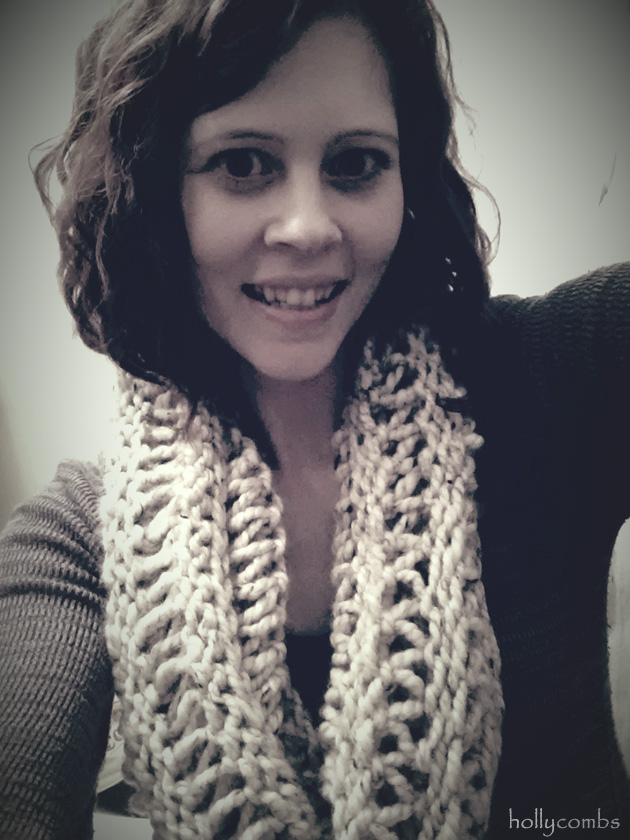 I made this fun chunky cowl in just two hours or so. I’ve loved wearing the last few snow days… And I’m currently reading The Dancing Master by Julie Klassen, review to come!