Warning: "continue" targeting switch is equivalent to "break". Did you mean to use "continue 2"? in /homepages/15/d295193855/htdocs/bluelikethat/wp-content/plugins/jetpack/_inc/lib/class.media-summary.php on line 87
 Eastern Shore Archives - Blue Like That 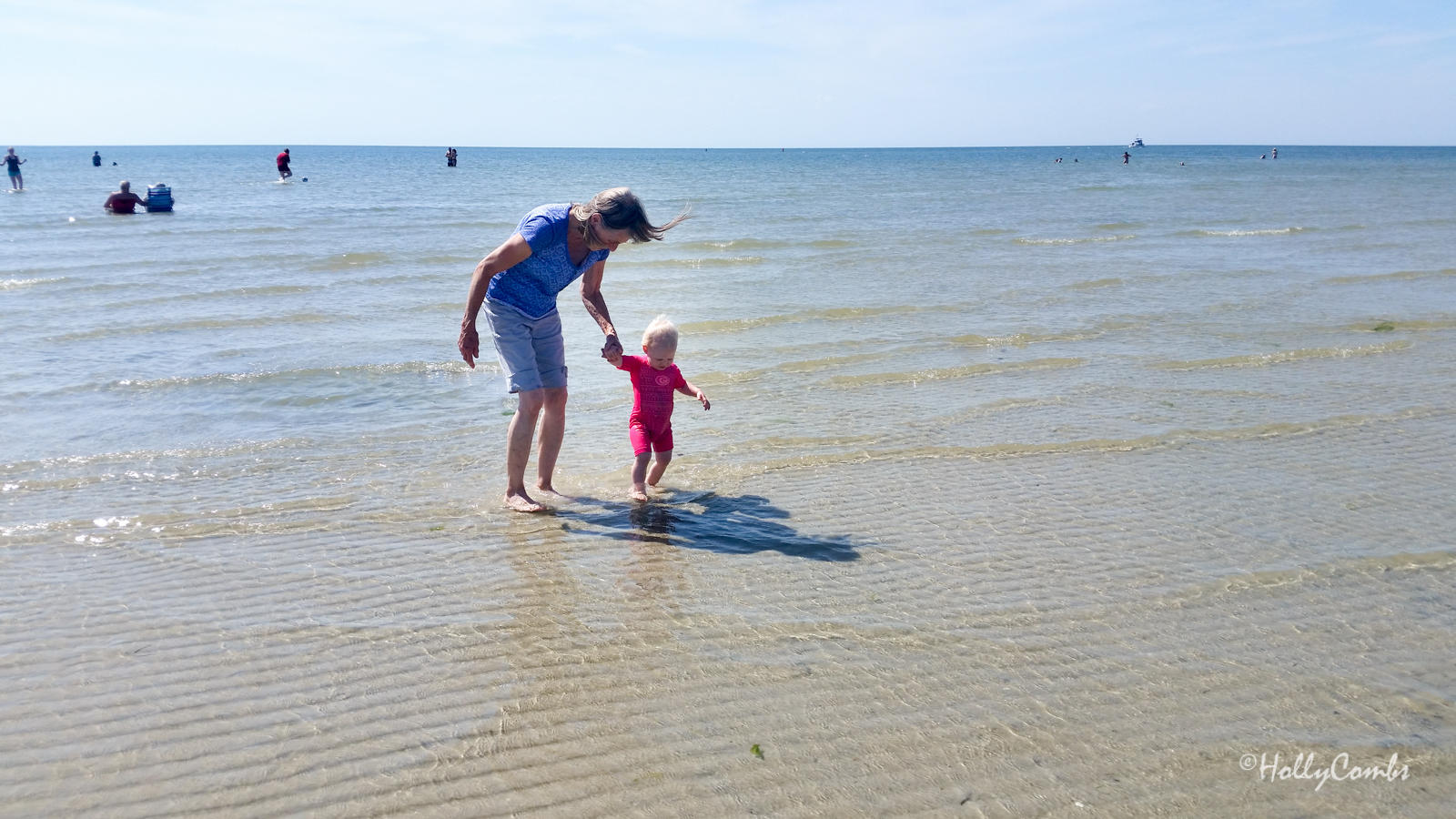 We had an open Sunday afternoon on a sunny, beautiful day. Bathing suits and beach towels were already packed in the car “just in case”, so we decided to head up to the Eastern Shore and visit Cape Charles. We’ve driven through before, and even walked on the beach, always saying that we’d come back when we had kids as this looked to be the perfect kid beach. And we were right! END_OF_DOCUMENT_TOKEN_TO_BE_REPLACED

[Good news! At the last minute, we learned that we no longer need to move out of our house by Jan 1. The first thing we did (after moving the first load of boxes back to our house from the apartment) was go get a Christmas tree. We get to celebrate (a truncated) Christmas after all.]

We’ve both been feeling a little under the weather, so yesterday we decided to get some fresh air and spend the day outside. As much as I love snow, and I do, there has been something utterly magical about the unseasonable (read 80*) warmth. We visited the Eastern Shore, just to get away from things for a few hours… 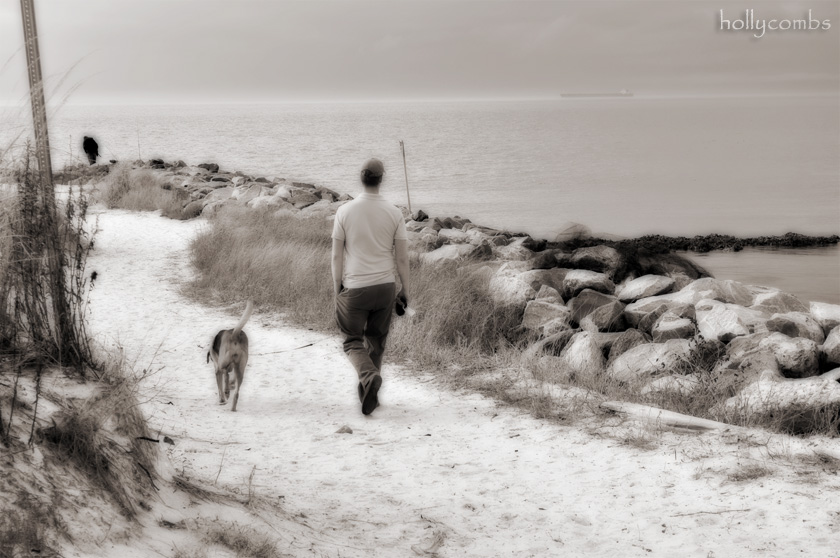 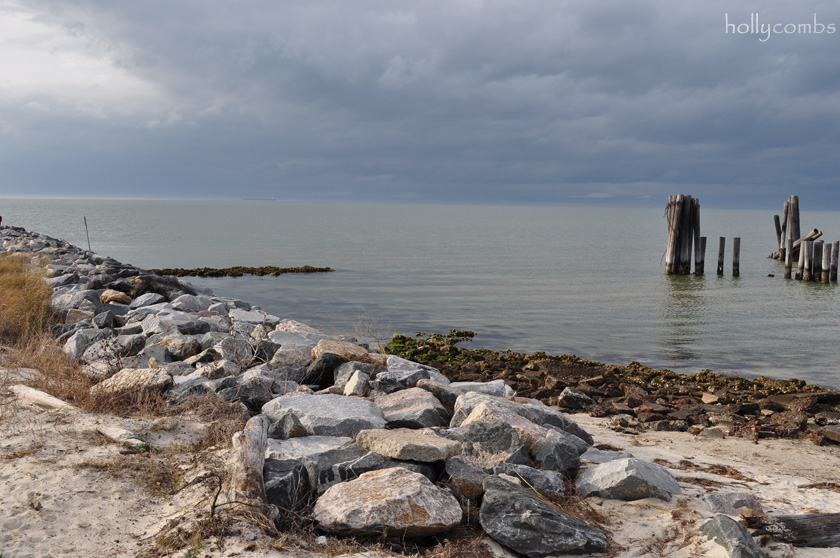 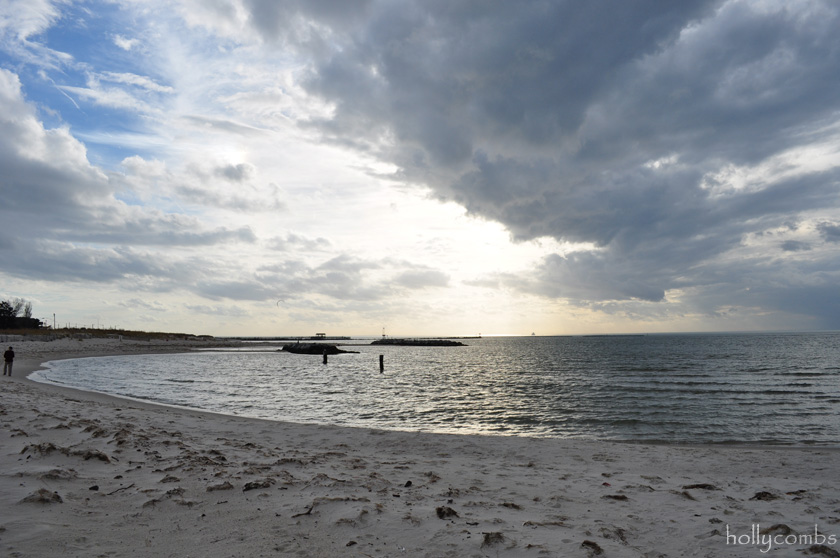 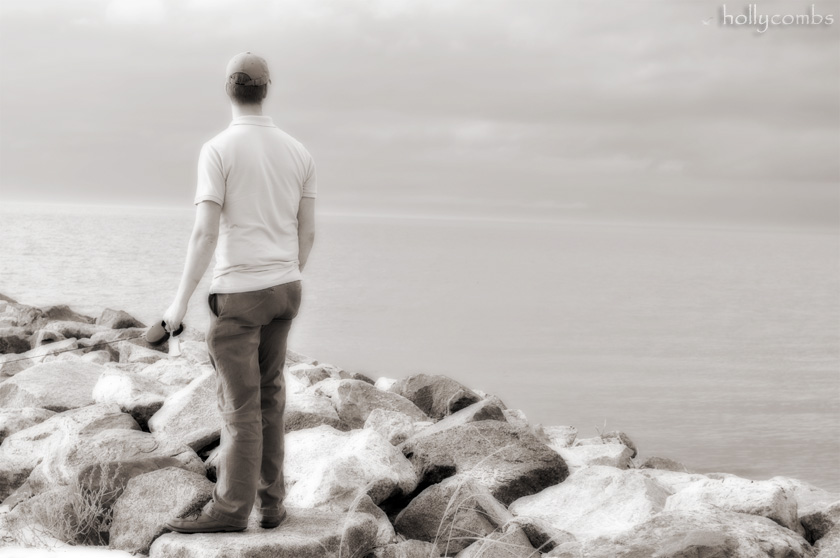 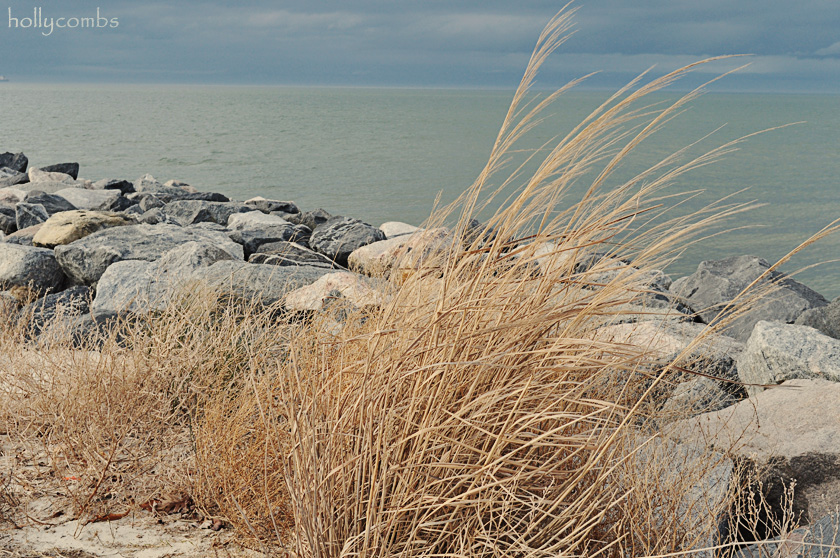 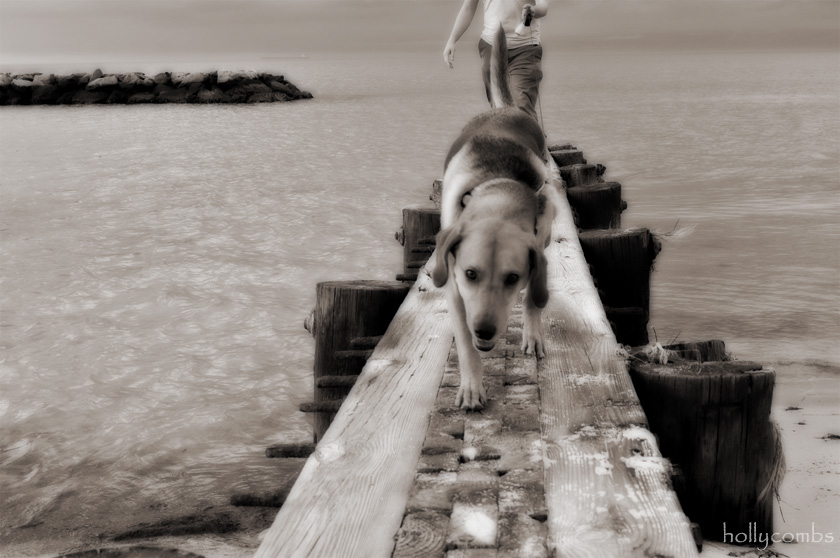 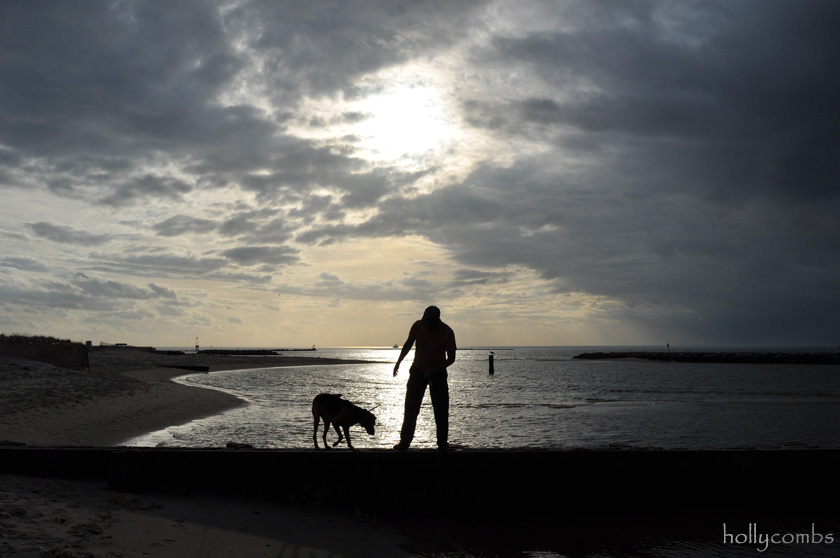 More celebrating and escaping to come…

Husband and I needed to get away this past weekend. Just get out. Away. To something new. To lose ourselves if just for the briefest moment.

But we had obligations here at home.

So we compromised. And on Saturday afternoon we took off for a little adventure–driving up the Eastern Shore.

The day was as wet and dreary as our lives have felt of late. But in it’s own way, it was perfect, beautiful. 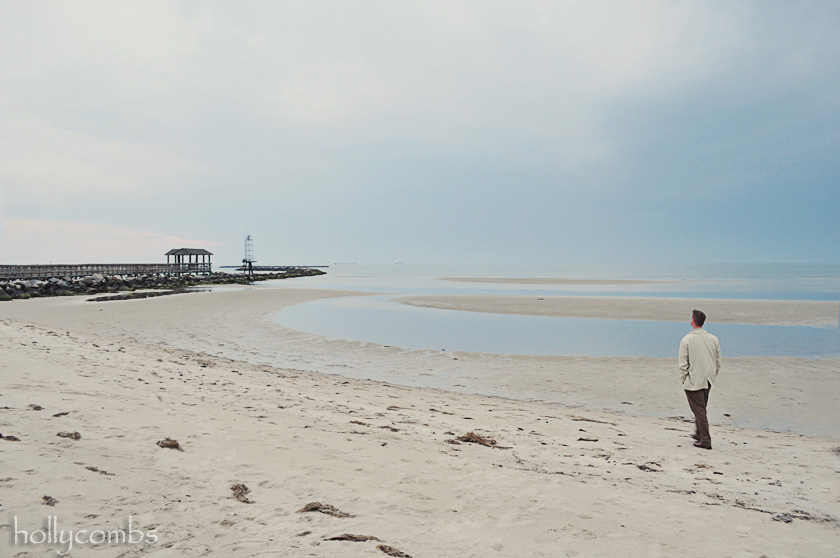 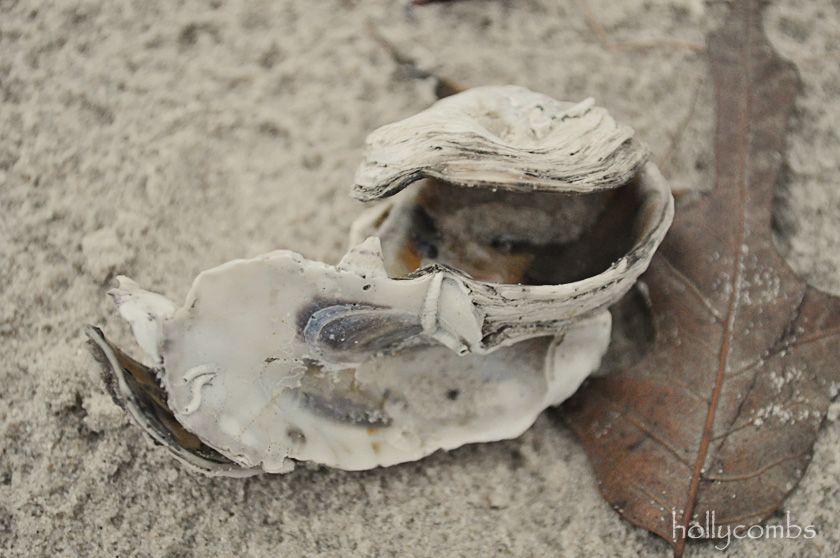 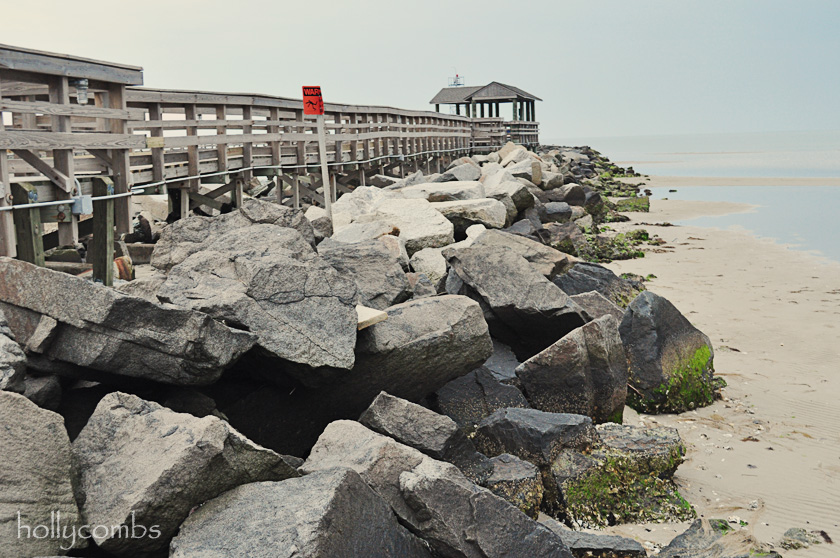 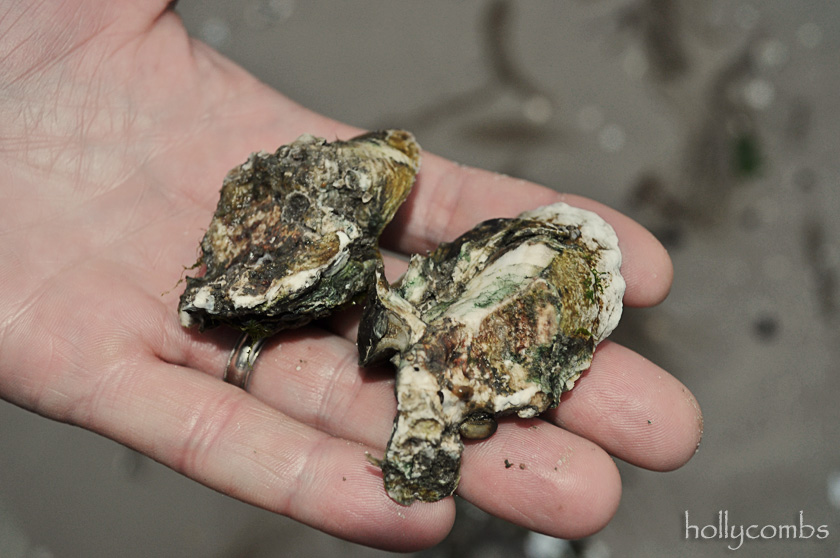 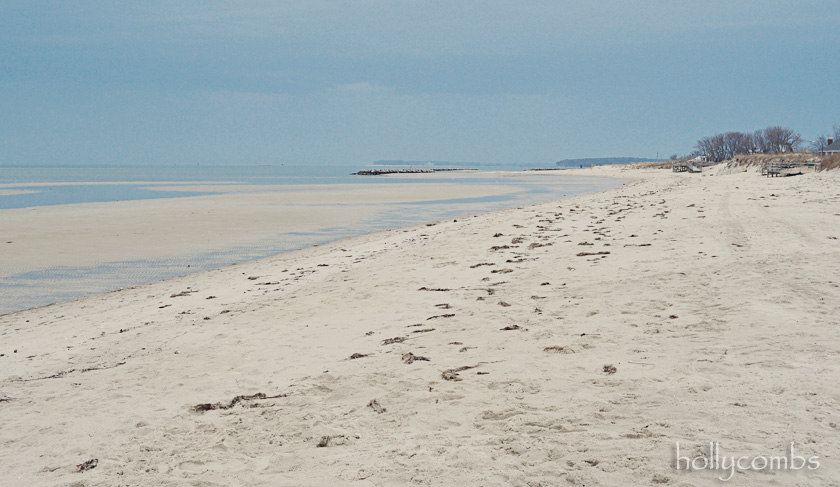 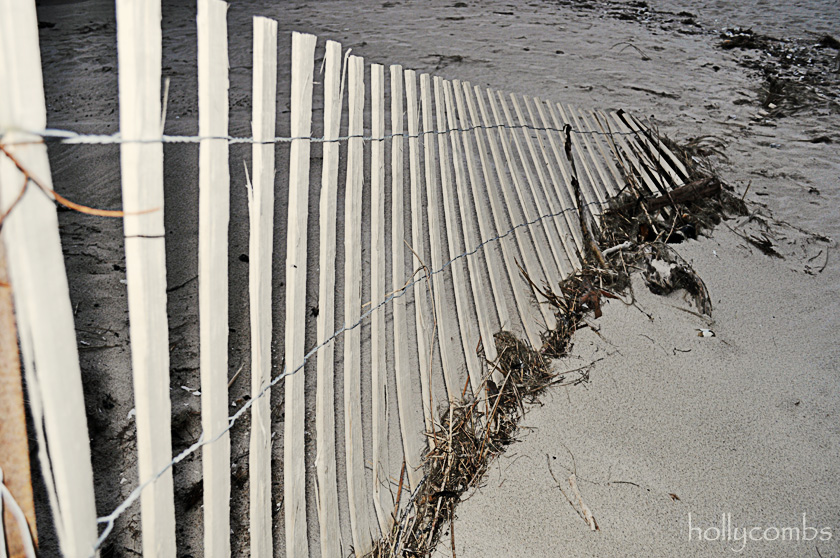 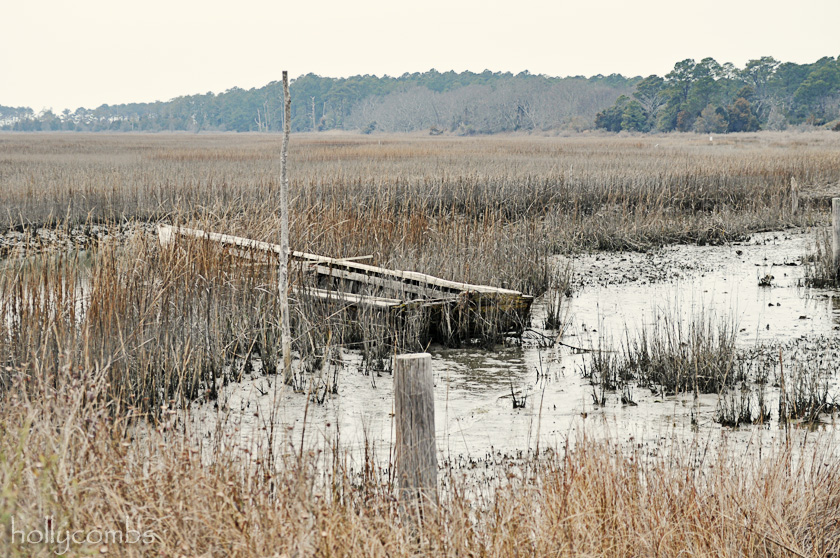 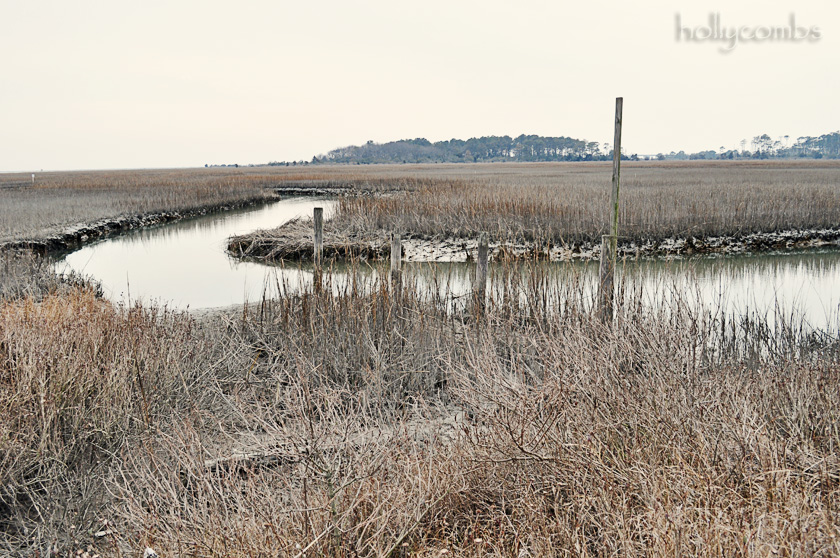 And Sunday continued the lovely as we attended the poignant dedication of the baby of a dear friend. We love being a part of true community with our friends here. 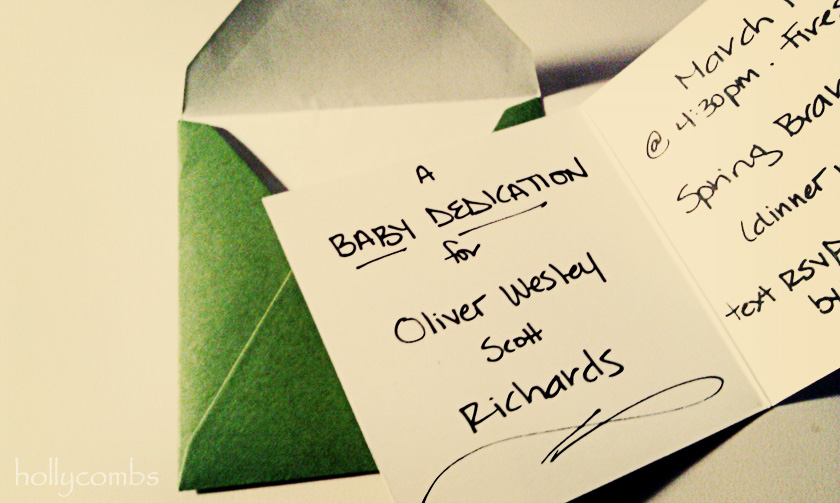 Husband turned 33 on Friday and we celebrated our hearts out for an entire three days in true Husband style.

We woke early on Friday morning, earlier than intended when the puppy decided to ask Husband for breakfast at 4:30am and he subsequently coudn’t get back to sleep. We had said puppy loaded in the car and were on the road by 6:00am, headed up to the Eastern Shore. 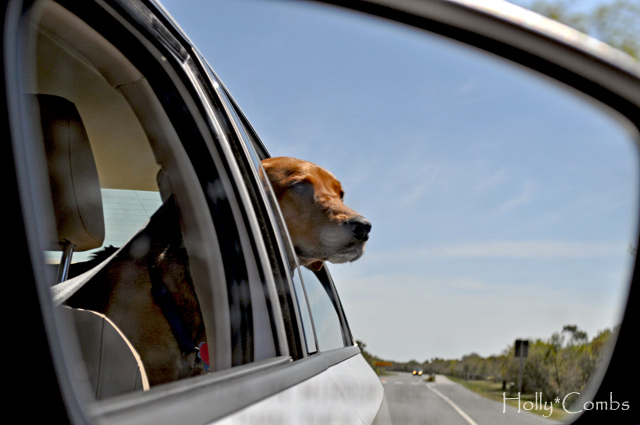 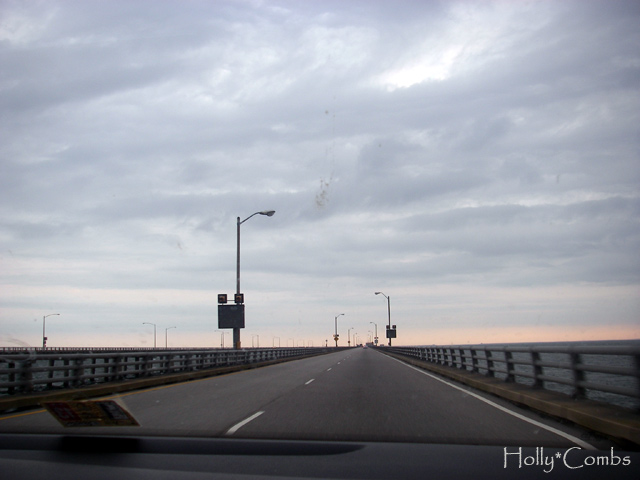 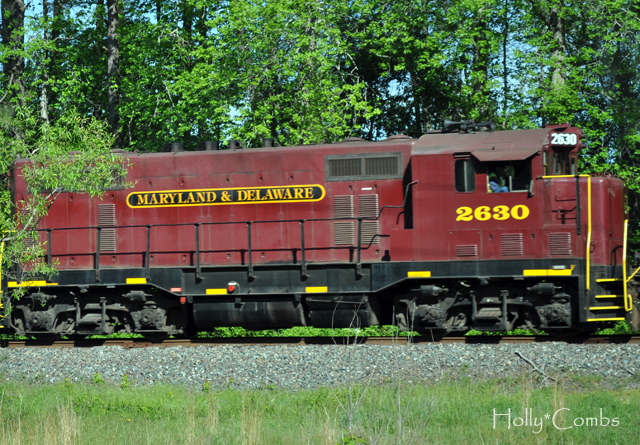 We drove straight through up to Assateague Island National Seashore in Maryland. It’s a place mostly known for the wild ponies living there, but also known by me as a my childhood beach, where our family would go every summer to visit the shore. I hadn’t been there since I was nine years old, and when Husband told me he wanted to go to the Eastern Shore for his birthday, I might have intimated that I would LOVE to go to Assateague. Luckily for us, it was National Park week and we were able to get in for free. 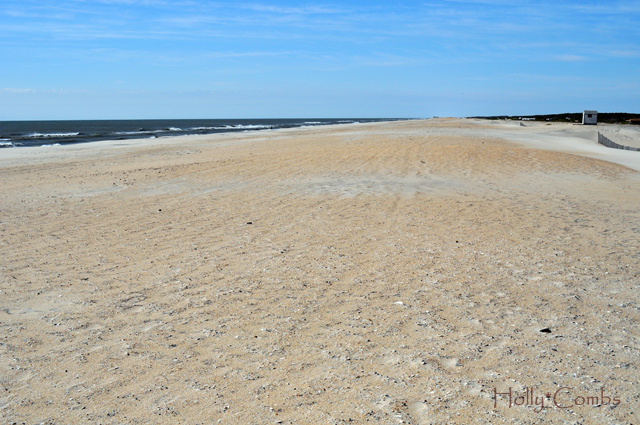 By noon, we were headed back down the Eastern Shore, meandering from one stop to another. Places like a thrift store where we bought straw hats, and the Turner Sculpture Gallery, eventually making our way to Becca’s Smith Island Cakes.

Now, you have to understand that THIS was the real reason Husband wanted to come to the Eastern Shore. Yep, we both took the day off work, drove three hours, paid an enormous toll to cross the Chesapeake Bay Bridge-Tunnel–all to get a nine-layer cocoanut cake from Becca’s.

But it’s Husband’s birthday and maybe that’s not too much to ask when it’s your birthday. We need as many reasons to celebrate as we can get these days. 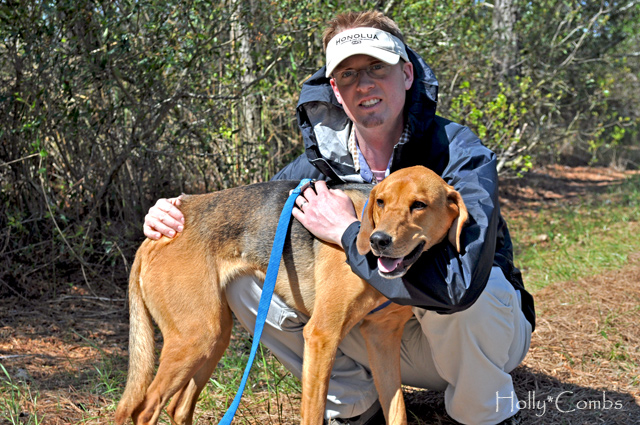 Saturday was filled with some of the usual activities–cleaning the house, mowing the lawn, preparing for company this week, some last minute grocery shopping for the grad party next weekend. But at 4:00pm Husband’s family began arriving and we were soon gathered in the kitchen gabbing while Husband and I made a giant focaccia for dinner–fresh tomatoes, basil and rosemary with a generous sprinkling of Parmesan cheese.

We sat around the table and talked and laughed and just enjoyed each other. Then Husband pulled out that nine-layer cake and began slicing it up…

On Sunday morning we rose once again while it was still dark. Over a cup of coffee (and tea for me!) we discussed the day. It had originally been planned as a hike up Old Rag in the Blue Ridge Mountains, then changed to Crabtree Falls. But it was supposed to rain there (and it was a good five hours away). So we switched to the Outer Banks of North Carolina, but then it was supposed to rain there too. So we finally settled on staying in Virginia Beach.

We met up with Husband’s brother and his fiancee breakfast before grabbing a cup of coffee from Starbucks and heading to First Landing State Park where we enjoyed a simple 4-mile hike up and down the dunes and under the Spanish moss. It was a beautifully damp and overcast morning, perfect for turning a simple layer of Spanish moss into an almost ethereal experience. 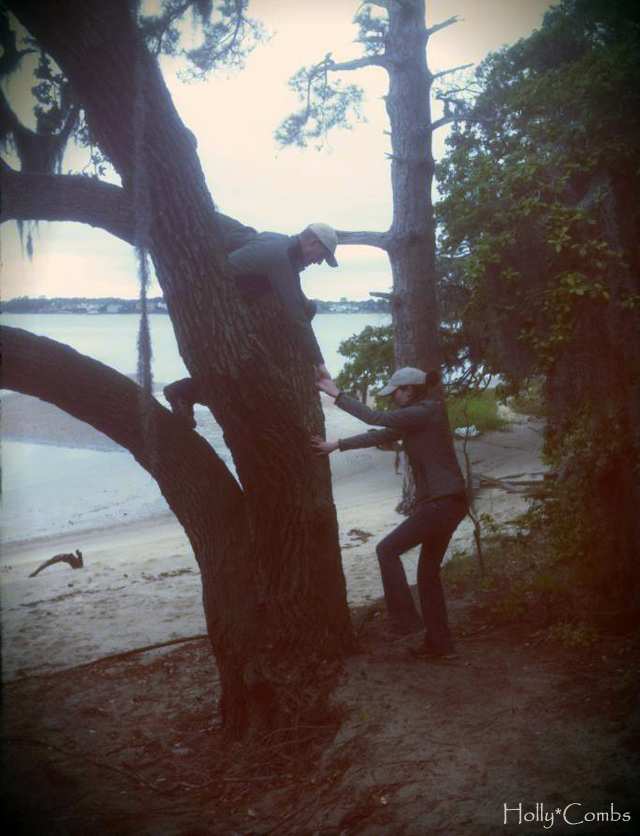 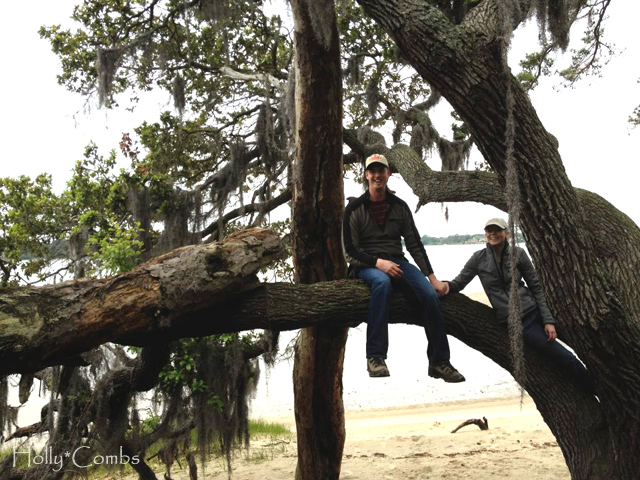 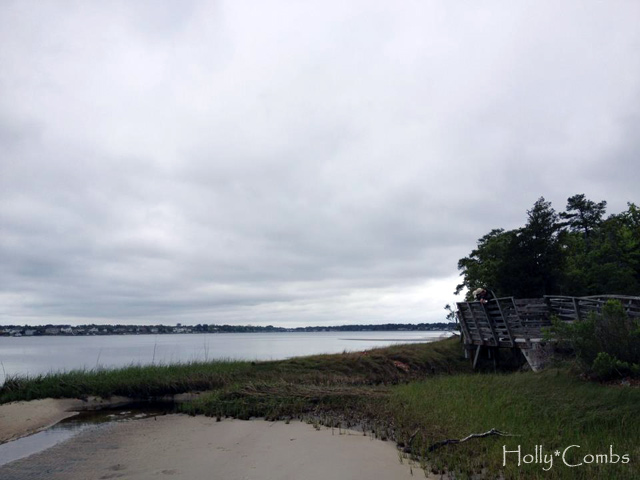 That evening we made pizza from scratch and cuddled up on the couch to watch a movie.

I can honestly say it was one of the best and most relaxing weekends we’ve had in a long time. Just in time to recharge for the onslaught of Spring and Summer events and out-of-town guests.

I’m glad that birthdays give us an excuse to claim a three-day weekend and put off the to-do list for another day while we just enjoy each other along with a healthy dose of friends, family, and the world around us. It’s days like these that I think back to the beginning of our relationship, when we had fewer responsibilities and more time. Sometimes I yearn for those days, but the truth is that we can still have those days, if we make them. Life is different now, but we can still put spending time together as a higher priority than laundry and dishes and yard work.

In the end, it’s really all a choice. And I’m so glad that for this one beautiful weekend, we chose each other. 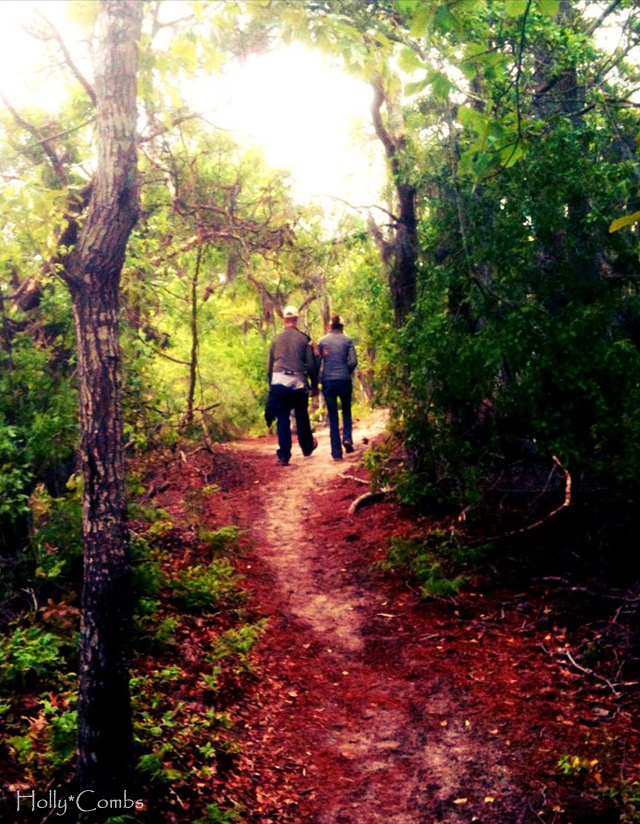