Warning: "continue" targeting switch is equivalent to "break". Did you mean to use "continue 2"? in /homepages/15/d295193855/htdocs/bluelikethat/wp-content/plugins/jetpack/_inc/lib/class.media-summary.php on line 87
 DiAnn Mills Archives - Blue Like That 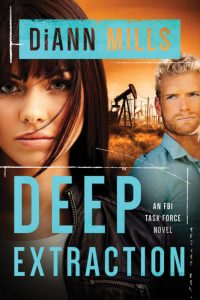 The second novel in the FBI Task Force Series by DiAnn Mills, Deep Extraction, is a great follow-up to Deadly Encounter.

A pacemaker should have saved oil and gas magnate Nathan Moore’s life. Instead, it provided his killer with a seemingly perfect means of execution.

A bombing at one of Nathan’s oil rigs days earlier indicates his death could be part of a bigger conspiracy, a web Special Agent Tori Templeton must untangle. But her first order of business is separating the personal from the professional—the victim’s wife, her best friend, is one of the FBI’s prime suspects.

Clearing Sally’s name may be the biggest challenge of her career, but Tori finds an unexpected ally in the newest member of the task force, recently reinstated Deputy US Marshal Cole Jeffers. As Tori and Cole dig deeper into Nathan’s personal and business affairs, they uncover more than they bargained for. And the closer they get to finding the real killer—and to each other—the more intent someone is on silencing them for good.

While I struggled with the believability of certain aspects of Deadly Encounter, Deep Extraction didn’t leave me with nearly as many questions. In this installment, instead of a civilian working with the FBI to solve a murder, a FBI special agent and a U.S. Marshall deputy work together on a special task force to solve the murder of a mutual friend. While some suspension of disbelief is still required, this is a much more likely scenario. END_OF_DOCUMENT_TOKEN_TO_BE_REPLACED 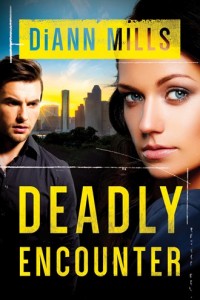 Deadly Encounter by DiAnn Mills was an enjoyable mystery and a quick read.

“Airport Ranger volunteer Stacy Broussard expected a peaceful Saturday morning ride around the perimeter of Houston’s airport. What she encounters instead is a brutal homicide and a baffling mystery. Next to the body is an injured dog, the dead man’s motorcycle, and a drone armed with a laser capable of taking down a 747.

“Though FBI Special Agent Alex LeBlanc sees a clear-cut case of terrorism, his past has taught him to be suspicious of everyone, even witnesses. Even bleeding-heart veterinarians like Stacy. But when her gruesome discovery is only the first in a string of incidences that throw her life into a tailspin, Alex begins to wonder if Stacy was targeted. As a health emergency endangers Stacy’s community, and the task force pulls in leads from all directions, Alex and Stacy must work together to prevent another deadly encounter.”