Warning: "continue" targeting switch is equivalent to "break". Did you mean to use "continue 2"? in /homepages/15/d295193855/htdocs/bluelikethat/wp-content/plugins/jetpack/_inc/lib/class.media-summary.php on line 87
 Classic Archives - Blue Like That 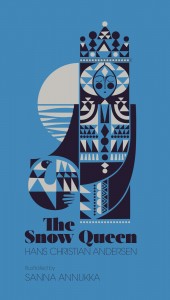 With a daughter now (she’s 11 months!), I have every excuse to surround myself with classic children’s literature and fairy tales. I jumped at the chance to read this delightful volume of Hans Christian Andersen’s The Snow Queen. The cloth binding and the illustrations are beautiful and classic. This will be a keeper for sure, perhaps even a new family heirloom for us!

Hans Christian Andersen’s magical tale of friendship and adventure is retold through the beautiful and intricate illustrations of Finnish illustrator Sanna Annukka. Cloth-bound in deep blue, with silver foil embellishments, The Snow Queen is elevated from a children’s book to a unique work of art. It is an ideal gift for people of all ages.

After I read The Fir Tree, I immediately looked into what other books were available in this beautiful style. I have never seen anything quite like the beautiful illustrations in this volume. The beauty of the design combined with the timeless tale by Andersen makes this a collectible!

The story is interesting and beautifully told. In keeping with the tradition of true fairy-tales, The Snow Queen is centered on the struggle between good and evil — a truly timeless story that I believe will stay with my daughter for many years to come. END_OF_DOCUMENT_TOKEN_TO_BE_REPLACED 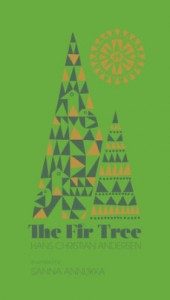 I absolutely adore this beautiful little book by renowned tale-teller Hans Christian Andersen. The cloth binding and the illustrations are beautiful and classic. This will be a keeper for sure, perhaps even a new family heirloom for us!

Hans Christian Andersen’s tragic tale of naive greed and dissatisfaction is retold through the striking and contemporary illustrations of Finnish illustrator Sanna Annukka. Cloth-bound in rich forest green, with gold foil embellishments, The Fir Tree is elevated from a children’s book to a unique work of art and makes an ideal gift for people of all ages.

The story is beautifully told, short enough for me to read to my daughter, but deep enough to maintain so much meaning. In the tradition of true fairy-tales, The Fir Tree is rife with lessons to be learned and takeaways that provide wisdom and insight for life well beyond the childhood years. END_OF_DOCUMENT_TOKEN_TO_BE_REPLACED 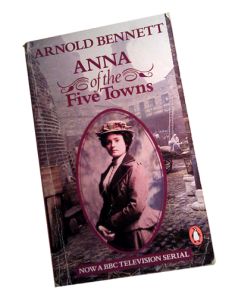 Anna of the Five Towns by Arnold Bennett is a classic British novel published in 1902 that was then turned into a miniseries in the ’80s (I haven’t seen the series yet…).

I think perhaps the language used by Bennett was my favorite aspect of this novel. His words are rich and beautiful–reminding me why I love reading in the first place.

The main character, Anna Tellwright, was a little dry at first, but as her character grew and evolved so did my investment in her. By the end of the book, I genuinely wanted her life to turn out well. The cast of supporting characters all play their roles well–from the sympathetic little sister and respectable love interest to the spoiled friend and codger of a father.

The plot is slow to evolve, dealing more with Anna’s personal evolution than the changes in her physical world. Her delightfully ignorant eyes are opened to the world and she learns about standing up for the weak, as well as lessons in grace, forgiveness and friendship.

The end holds a slightly surprising twist, but, in true British literature fashion, it is hardly sensational. Although slow going, this was an enjoyable read–and a new author to me.