Warning: "continue" targeting switch is equivalent to "break". Did you mean to use "continue 2"? in /homepages/15/d295193855/htdocs/bluelikethat/wp-content/plugins/jetpack/_inc/lib/class.media-summary.php on line 87
 Barred Rock Rooster - Blue Like That

So we’ve had this Barred Rock rooster for about a year now, and he’s remained unnamed the entire time we’ve had him.

He’s been overshadowed most of this time, by a white rooster (we think a Leghorn), that was louder and prouder than this guy. But two roosters with six hens is NOT a good ratio, so we had to choose one to go. We re-homed our other rooster and he has his own flock of hens to protect now. Reports indicate he is loving his new home. 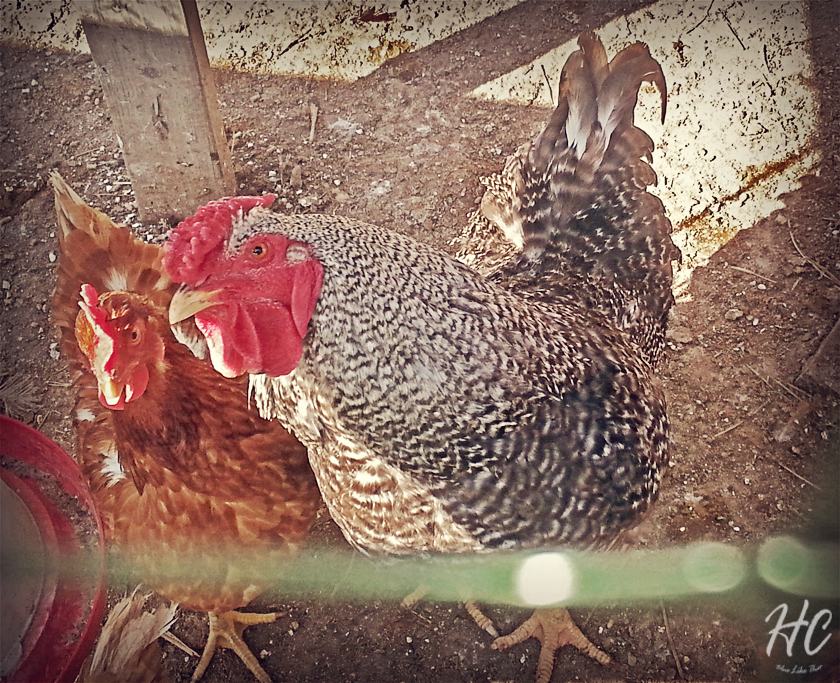 This guy, he’s gorgeous. A little quieter, and a little gentler. He is also larger — a dark, almost imposing figure in the coop.

So it was finally time to name this guy, and I think I selected a good one: Rochester.

Named for the hero of a favorite Gothic novel, Jane Eyre.

Now, is it time to name the hens?